Just like anyone who has been Japan, I have fond memories of central Tokyo district of Harajuku.

Harajuku is the hub of Tokyo pop culture; always busy with locals and visitors alike, with Harajuku station, a prominent station in the Yamanote Line operated by East Japan Railway Company (JR East), serves as the main gateway to the district.

Last year they replaced the old station with a new one, citing issues with Tokyo’s safety codes / fire standards as the main reason.

The 96-year-old station was an iconic wooden building with retro style façade, one of the oldest train stations in Tokyo that survived the World War II air raids. In contrast, the new station looks like just any other office building in Tokyo. Boring and generic, I couldn’t find anything charming or special about it.

This definitely has been a sad turn of events for anyone who love the old station’s façade, and those who enjoys the last remnants of “Old Tokyo”. Will the Harajuku vibe survive in favor of the current and new development? 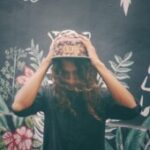