According to a report by the International Finance Corporation (IFC), the Philippines, Indonesia, and Myanmar are among countries in the region with a higher proportion of bad-grid and off-grid areas. When you head over to any rural area, you’re bound to suffer from low or zero mobile network.

In urban and developed areas, telecom towers are connected to electricity sources in order to be powered, to allow you to receive the phone signals. However in those countries there are still many locations where power availability is a major challenge so it’s quite common for the mobile network to suffer power outages.

In the Philippines and Indonesia, the expansion of telecom towers into remote and rural areas will drive the number of bad and off-grid sites,” Roland Berger’s Southeast Asia managing partner, Damien Dujacquier said. These areas experience an average of more than eight hours of electricity outage per day.

These off-grid sites are not only troublesome, but they’re also bad for the environment. The reason? These grids are powered by diesel generators.

Is solar power the answer?

Telecom operators are increasingly embracing sustainability, and with the declining cost of solar power, diesel generators are slowly being replaced by solar panels as a primary source of electricity for such telecom towers.

The good news is, according to the report: Southeast Asia is among the frontrunners globally in adopting renewable solutions at telecom sites. Some 23,000 telecom sites in the region have adopted renewables, out of 64,000 globally. Those are some impressive numbers!

“Telecom operators and tower companies are capturing the opportunity of solar power, especially in countries in Southeast Asia, where connecting to the grid is difficult. They are increasingly relying on TESCOs to do that for them” said Roland Berger’s South East Asia Principal, Dieter Billen, who contributed to the IFC report. 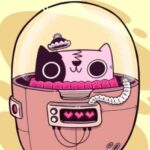